I’ve been out and about architecture for a while.

The reading group grew out of a frustration that as students of architecture whose task it was to design buildings relevant to the present, did not have a platform to discuss present contemporary architecture. History classes start with Egypt, meaning that you only cover the 20th century in your last year of studies There is nothing wrong with the way history is taught, but it means that, for the majority of students, exposure to contemporary architecture lies solely in the hands of a few resources of questionable quality (archi-spam blogs especially).

The reading group, then, had a double mission of reflection on what’s going on now, and at the same time providing the tools necessary to be able to have the discussion: a knowledge of 20th century architecture. There was an introduction, a list of principles and a curriculum.

If there is one thing to stress from those three pages, it is from the principles page:

Primary texts meaning texts that are 0 degrees of separation from the subject matter. This means that we concentrate on texts written by architects that explain what they were doing, or texts written by theorists which then went on the inform what architects were doing. We look at texts that are of the time when they were relevant, not recapitulations and interpretations of secondary actors on the work of others.

On to the lists then.

I don’t like the idea of a must have list, everyone can chose what to read, but these are books that I believe are of such high quality, importance or usefulness that they can only bring merit. These books should be good presents for any architect. 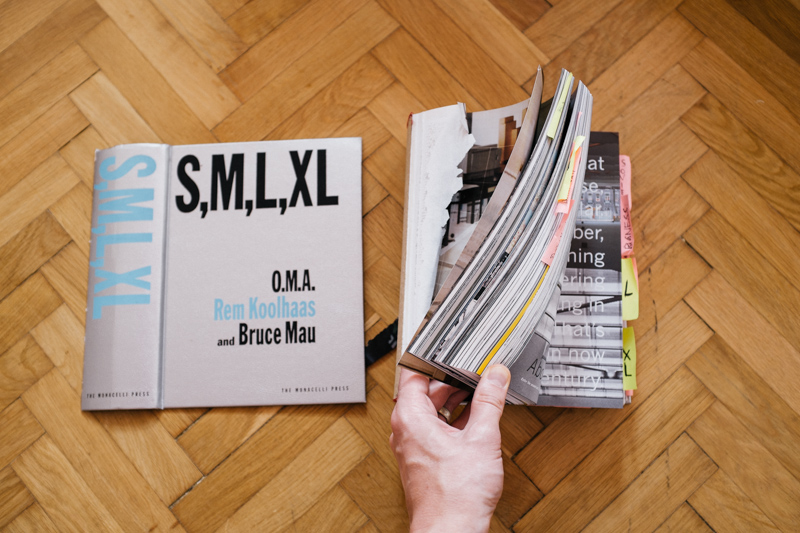 Amazon: UK and US

That’s a picture of the battered state of my copy after five years.

First enjoyed S, M, L, XL even before starting architecture studes, and still flip through it regularly. Creating this tome was a massive undertaking for OMA, as is reading it, but it is worth it. Within the profession, it is assumed that you are familiar with the book, the projects, essays and critiques in it. Koolhaas, having been a journalist and scriptwriter prior to becoming an architect, writes well, and his style of rhetoric is a welcome contrast to archispeak.

Design of Cities by Edmund Bacon 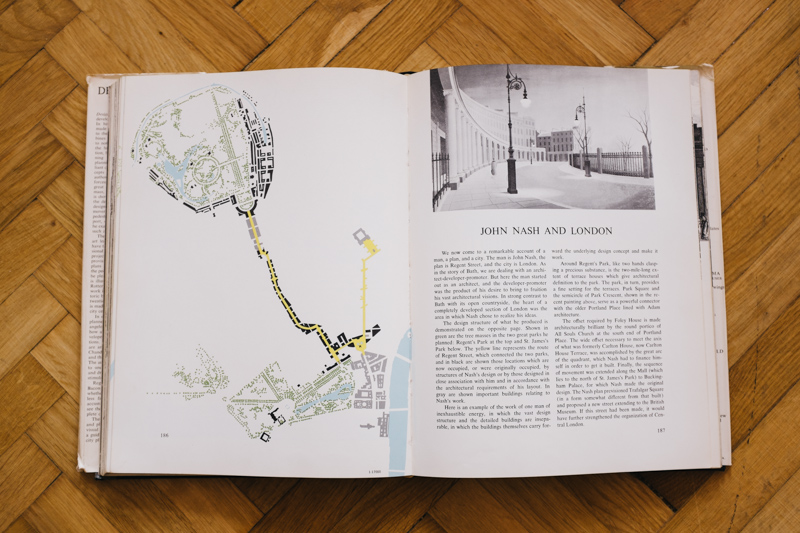 Amazon: UK and US

The Design of Cities is exceptionally well structured book on urban design. Following the travels and learnings of the author, the book is a sequence of case studies on canonical acts of urbanism. The book stands out for its clarity of writing but above all its diagrams. Burke’s diagrams typically use three colours at most, are hand drawn showing only selective information, perfectly illustrating the point being made. It diagrams and explains urban principles in cities starting from Roman camps all the way to modern Philadelphia, which thde author worked on.

This book works both for those unfamiliar with urban design as well as for those already versed in it. The diagrams alone make good case studies of how to convey information.

Toward an Architecture by Le Corbusier 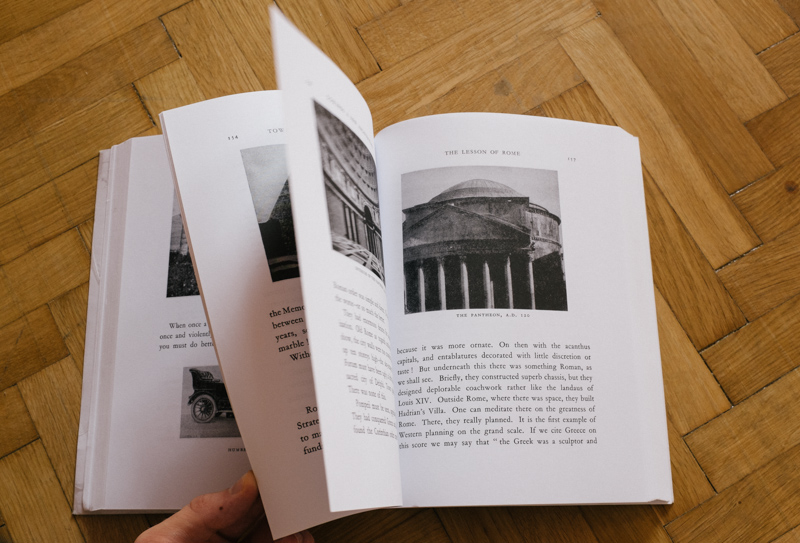 There are a couple of translations but be sure to get the John Goodman one linked above.

In the 20th century, no architect has such referential gravity as Le Corbusier. While he might not be the most talked about at any given moment, it is his buildings and writings that managed to capture and inspire much of the development of architectural thinking in the first half of the century.

Much is said about him, yet most have not even read this short manifesto that serves as an entry point to making sense of European architecture after World War I.

Complexity and Contradiction in Architecture by Robert Venturi 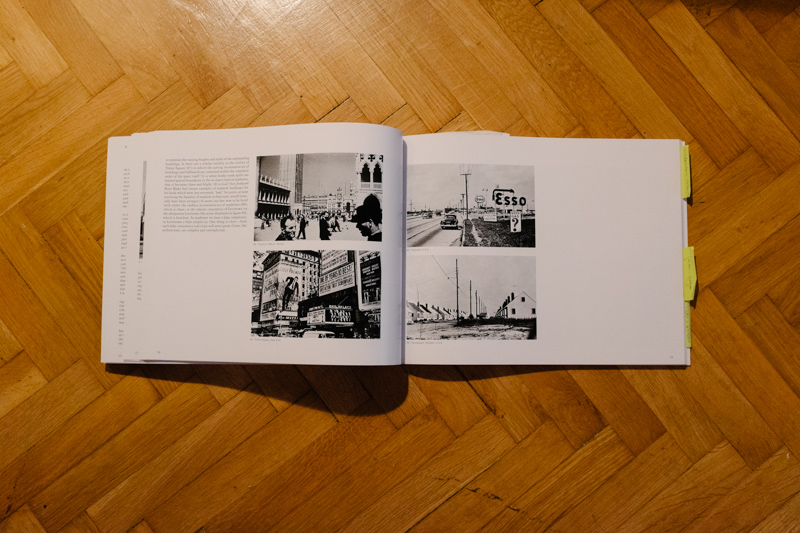 Vincent Scully, in his introduction to Complexity and Contradiction, announced that this is the most important book in architecture since Le Cobrusier’s Towards an Architecture. This seemingly outlandish statement by one of the most eloquent architectural historians ever turned out to be true.

The book is, simply put, very good and a must read. I won’t go into the details of its contents as those can be easily elsewhere, but suffice it to say that its influence is difficult to overstate. It allows one to understand developments in architecture in an entirely different way than before reading it. The book develops your ability to think about buildings. 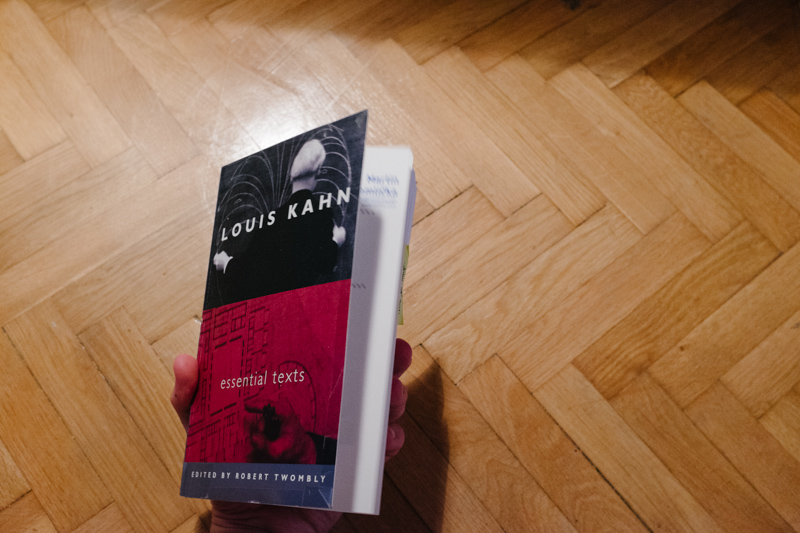 The selection of texts, discussions and lectures in this book is comprehensive, collecting pieces from 1944 till 1973, meaning that practically everything you would want is in the book. As with some of the other books suggested, this one nicely maps the progression in thinking that Kahn underwent, with the first piece being written before his stay at the American Academy in Rome.

The current popularity of Kahn is founded on an image of him as a «Great Architect», rightfully so. Yet this is only half the story. After all, for example, The Parliament of Bangladesh was finished many years after his death. By not being familiar with Kahn’s thoughts you miss out on why people paid attention to him in the first place.

Books of interviews and lectures

Anybody who has been through any design course of any kind knows the tremendous quantity of half-truths and straight-up inventions that are said during crits, and this spirit of rhetorical invention is often carried forward into professional life. Design ideas are often retconed, initial sketches drawn last, foundational diagrams drawn post-factum. Designers are paradoxically extremely honest and extremely dishonest at the same time.

Reading interviews is sometimes a nice antidote; it feels more real, gives more of an idea of the actual principles of the person being interviewed. That is not to say that the stated principles are followed by them when designing, but it definitely makes for a more engaging read than the usual PR sounding descriptions. Not to mention secondary reading which does all that and more. 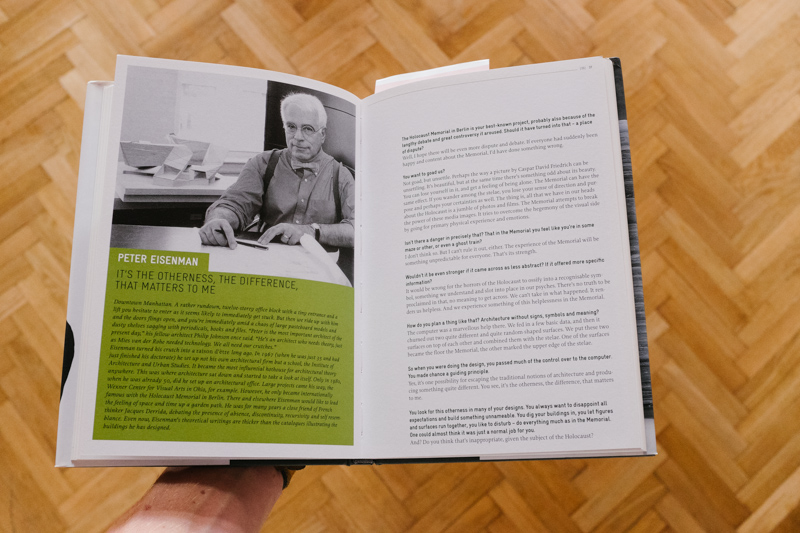 Hanno Rauterberg is a journalist mainly working for the German weekly Die Zeit. This book contains a collection of interviews with architects, most of whom would fall under the label of «starchitect» that he conducted over the course of a few years.

The value of this compendium comes from the fact that all the interviews were conducted by the same person, meaning that the topics covered with various interviewees are frequently linked, and its brevity. No interview is longer than six pages, yet you always learn something. Hanno Rauterberg uses his knowledge of the contemporary architecture scene to ask what’s important and what is not usually asked.

The Oral History of Modern Architecture 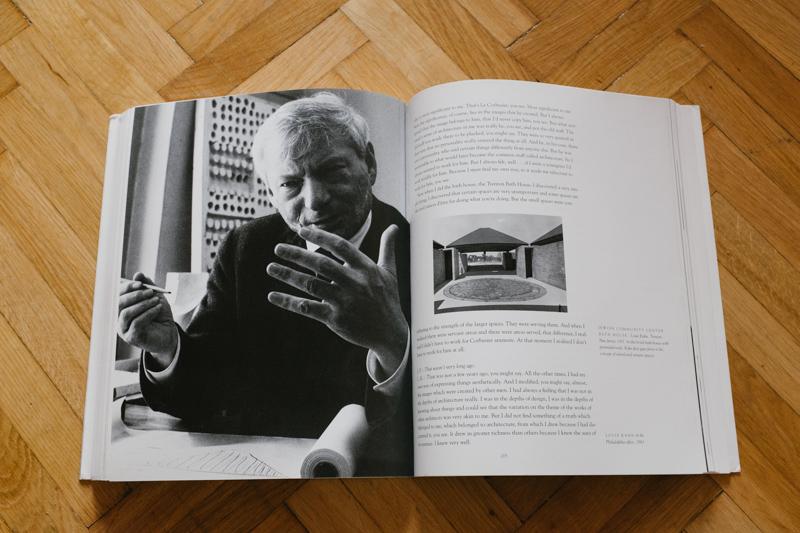 The sub-title of the book is interviews with the greatest architects of the twentieth century, which, considering that the book contains extracts from interviews conducted with some 70 architects, is fitting. As with Rauterberg’s book, the interviews were all conducted by one individual, John Peter.

The structure of the book is somewhat awkward, as the first half is organised by thematic chapters that contain extracts and quotes from various architects on particular themes, those being: technology, society, art and great works. The second half of the book contains full transcripts of interviews with ten architects. Also included is a CD that contains some more interview material. The thematic quotes are fine, but the full interviews is the real juice of the book, and it makes a nice complement to Rautberg’s book as Peter interviews architects of a prior generation.

Considering the scope of the book and the price it goes for, it is a very good deal. 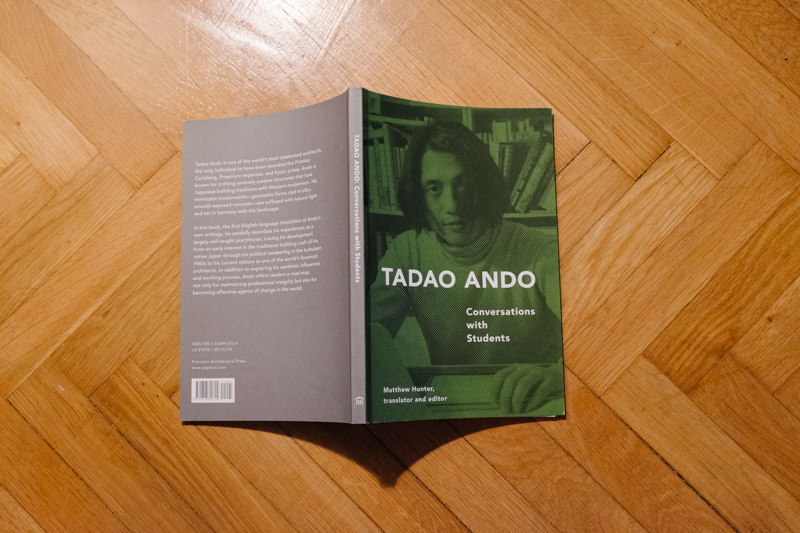 I have found that Tadao Ando is almost universally liked, or at least universally not disliked. Sometimes I speculate that this might have something to do not only with his architecture, which is very «architectonic», but also with his relative absence from the discourse. While many books are published about Ando, very few pick apart his brain. This one does so quite well.

Written in the first person, it traces through his growth (the first chapter is entitled “Origins”) in a very intimate way. For many architects, once they reach mid-career they cease evolving their architecture, and the same could be said of Ando, who has been drawing the same building his entire life, you can almost tell from this book, which is an extremely gentle read. This does not make it boring, when you line up the facts, Ando’s career, or at least its foundations, are quite unorthodox.